Presenter: The Application of Artificial Neural Networks to the Optimal Power Flow Problem

The optimal power flow (OPF) problem is an optimization problem solved to optimize the operation of electrical grids. The problem deals with finding the best setpoints to the controllable devices that will result in an optimal steady state of the grid. An optimal steady state can be, for example, the one with the lowest operational cost, the highest reliability, the highest utilization of renewables, or a weighted sum of the three. Multiple optimization techniques were used in the literature to solve the OPF problem including Lagrangian, simplex, interior point, and heuristics methods. Recently, the use of artificial neural networks (ANNs) to solve or aid in solving the OPF problem has emerged. ANNs promise better optimal solutions in faster computational times, which could translate to saving millions of Riyals in operations, operating the grid more reliably, and accommodating renewables more efficiently. In this webinar, we briefly explain the OPF problem and ANNs, then review the recent approaches in applying ANNs to the OPF problem. 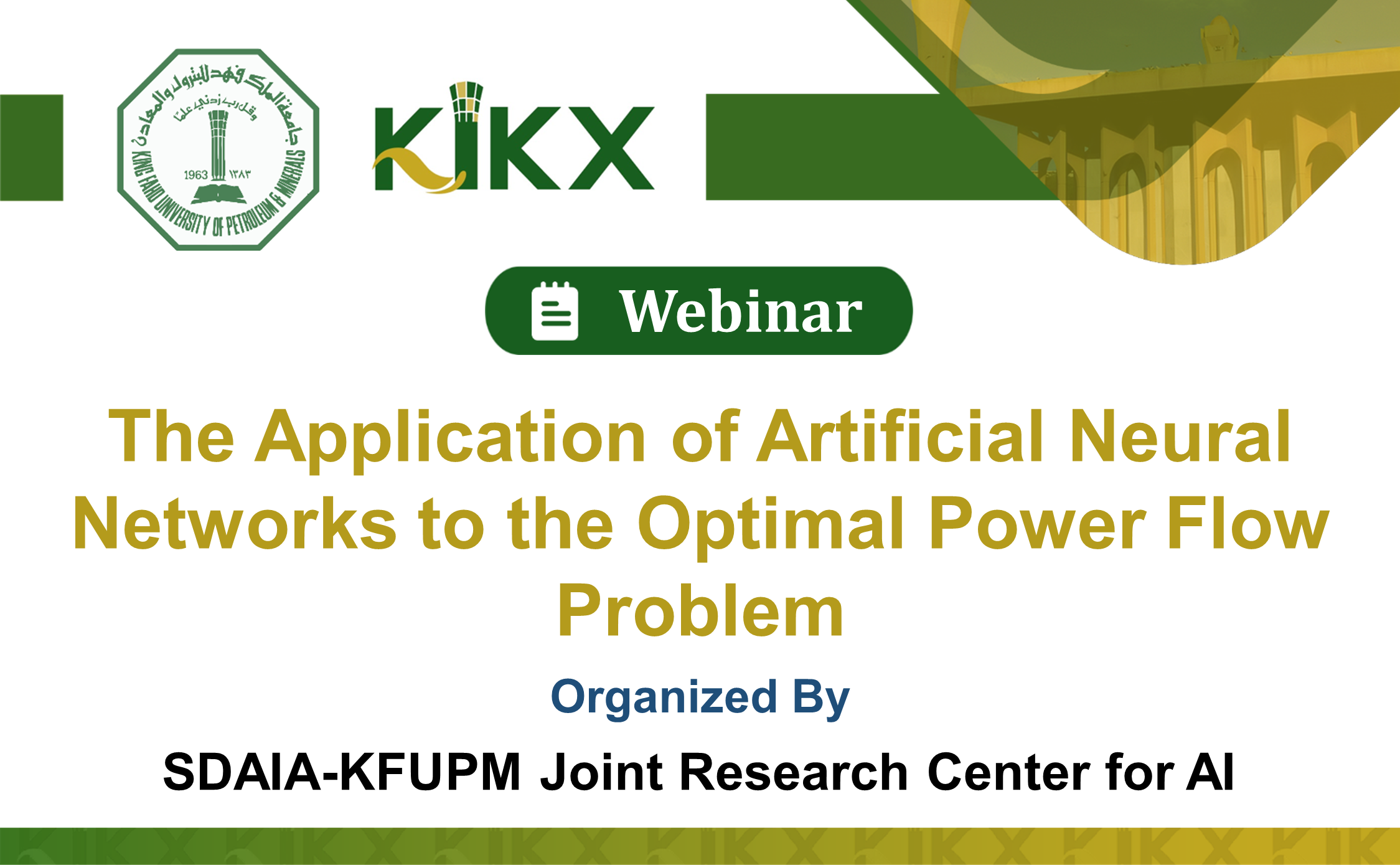